that girl is poison 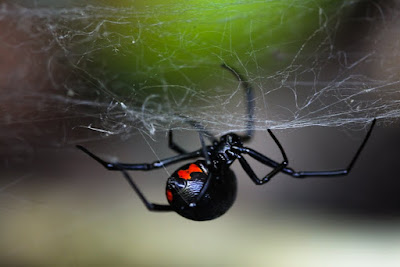 Back a while ago, I started working on an event with a woman (we'll call her H) who had gained a reputation as being something of a controlling bitch. There were other people working on the project, several of whom really disliked working with H, but while I had friends who disliked her, I had had no personal dealings with her, and as such, she didn't push my buttons. I volunteered to handle her when she got really micro-manage-y. It turned out that she and I worked very productively together, and the event was a big success.

I tend to give people the benefit of the doubt. I knew that some other people found H objectionable, and I could see how her personality would rub people the wrong way, but I also saw good things about her. Talents, nice character traits. Strong organizational skills, good business sense, quick sense of humor. When I had a personal crisis, she was one of two people who stepped up to support me. Going into a second year of the same event, I asked her to head it up with me.

In the second year, it went off very well again - on the surface of things. Behind the scenes, it was rough. While our friendship was blossoming in many ways, it was also often hard to be her project partner. H seemed to crave conflict. She nitpicked and alienated our allies, making it very difficult to work with them. She focused exclusively on the financial aspects of the event, dismissing the importance of community and mocking people who disagreed with her. At the end of the planning, she antagonized several people to the point that it was not possible to have any kind of civil discussion with them. Meanwhile, she picked fights with people on her Facebook wall and mine, but when called out on her aggressive behavior, would always claim "she started it first" or say that she was only saying logical things. It was very hard to pinpoint exactly what was wrong with what she said - usually her offence boiled down to her tone, which was often sarcastic and condescending to the other people. Very slippery, very hard to prove, and she was quick to point out what other people were doing that was so bad. She was innocent! They were the jerks!

This was difficult not only for our event planning, but also socially. Several friends voiced their disbelief that I could be friends with her and then distanced themselves from me. (H disliked these people intensely, often saying very ugly things about them, and would tell me that I needed to choose friends of a higher caliber. That higher caliber, of course, would include her.)  This hurt. I felt very socially unmoored.

One friend - who is still a friend - remarked that she thought an especially interesting thing about H was that she was so similar to my mother. I should mention that this friend is also a psychotherapist. She wondered if maybe becoming friends with somebody like my mother would prove to be healing. At the time, I thought this was ridiculous. She was nothing like my mother! I mean, maybe the overbearing, always-insisting-she's-right thing, but other than that? Nothing like.

By the end of the second event year, I couldn't deal with her alienation of people any more, at least from a project-runner standpoint. I made certain that we would not work together for a third year. I feared that she would discover that I asked for the higher-ups to "fire" her.  It felt like an act of betrayal. At the same time, I knew I couldn't stay sane AND stay her friend AND work with her. The best I could hope for was two out of three.

I went forward with the event planning on my own, building a great team along the way. As the months passed, I frequently noticed how efficient our meetings were and how everybody enjoyed working with each other. At the same time, I felt more and more bothered by this friendship. Was it even friendship? I was forced to admit to myself that I didn't really like her. I found her to be fun sometimes, but I also felt hounded by her every time my phone's text alert went off. I felt constantly scrutinized by her - once she determined/learned about an area of weakness for me, she brought it back up over and over again, telling me what I should and shouldn't do about it. She knew that I dislike conflict, but instead of respecting that, she acted like it's a character flaw and took every opportunity to stir up conflict in spaces (online or physical) around me or to tell me about conflict she stirred up in her own life. I would frequently receive copies of her email and text exchanges with other people, expecting me to agree that the other person was horrible and she was clearly their moral and intellectual superior. All I saw in those exchanges was that she behaved abominably toward those people, often hurling insults and accusations at them. All this, while defending her actions as "only trying to help" or "just saying what's true."

As time went on, I also thought about how she disrespected emotional and physical boundaries. When she did this in a social setting, people semed uncomfortable, yet unwilling to rock the boat because confronting her would be more uncomfortable. She was always unwilling to accept criticism - everybody else was wrong, never her.

I realized that she could not stand being ignored. Text messages had to be answered immediately. Invitations had to be accepted. Friends had to be available when she wanted them to be available. This was tiring, but it was just as tiring to try to come up with legitimate-sounding excuses for not accepting an invitation or ignoring a phone call. She could smell a vague answer or a social lie a mile away.

All of this, so like my mother. My perceptive friend was very right.

My mom frequently complained about my father - too passive, not intelligent enough, not her equal. H did this, too. She was clear that she thought her husband was a moron, a child. She talked about sex as if it were a chore. I remember hearing that from my mother, too. Of course, when somebody else's marriage was under scrutiny, my mother and H both proclaimed their marriages to be highly superior to all others. H frequently felt sorry for various husbands whose wives she despised. Her child was also better than all others - a perfect, perfect child. More beautiful than all others. Better behaved than all others. Smarter than all others. More talented than all others. I heard an endless litany of her child's perfectly perfect perfectness. All other children's had glaring faults that were repeatedly pointed out, the kids referred to as "little bitches" or "little assholes", the parents' values and parenting skills called into question or outright sneered at. (Her daughter is smart and attractive, but not outrageously so, and her behavior is pretty normal for a kid her age.)

I found myself acting more irresponsibly around her. While my actions are my own actions, it seemed significant that I started drinking more and more and more wine and/or liquor. With that came staying too long at her house or needing to crash there overnight occasionally. I broke plans with my husband. I was too tired to engage with my children. I neglected other friendships. My responsibility, but like I said, significant.

I was so tired. So. Tired. It was exhausting. I didn't want to be her "friend" any more.

One day, I received yet another screenshot of somebody else's Facebook post. I was supposed to sneer at it, deride the other woman. But the woman had done nothing wrong. Furthermore, this woman was my friend. What kind of person would mock my friends to my face and expect me to laugh and join in?

I let her know that I needed to "take a break." I knew, though, that the break would be permanent, because I knew that with her, there was no in-between. Once we had been that enmeshed, we could not go back to being casual acquaintances. I did it over email, feeling a little guilty that I wasn't doing it face-to-face, but I knew that if I did so, she would bend the truth or get belligerent with me, and that there was really no use in having a conversation. I didn't want a conversation. I wanted to deliver a simple message: I cannot be your friend any more.

Almost immediately, I felt a pervasive sense of relief. It was like the proverbial pain that you don't notice until it stops - you didn't realize how much it hurt until the pain was no longer there. Then, ah, bliss! No pain! I realized that I had been carrying so much tension all day, every day. Friends told me that they thought I hadn't been quite myself, that I seemed to be censoring myself. I realized that I had been, because I knew being myself would bring criticism, and I didn't want to deal with the drama.

She took it about as well as could be expected. She lashed out at my son for "humiliating" her daughter at school (he asked her friends if she had a crush on him, and they told him that she did). Then later she contacted my husband with a list of excuses for her "recent" lack of empathy (there had been no recent change in behavior). Later still she tried to play the hero when my son was injured at school, and boasted about her heroism to anybody who would listen.

I've heard from a mutual friend that she talks shit about me. I don't particularly care. I don't think anybody important to me would ever trust anything she says. The mutual friend also tells me that she herself wants to break up with the mean friend, but isn't sure how.

I have never broken up with a friend before. Total number of relationships in my life that I have shut down this way: two. My mother, and my toxic friend.

When my psychotherapist friend said that she thought this friendship could be very healing for me, I never imagined that it could both be an awful friendship AND a healing one. I stood up to the toxic woman. I exorcised her, and in doing so, validated my choice to cut contact with my similarly-poorly-behaved mother. It showed me that my values are consistent and that it really is painful to put up with somebody who constantly crosses boundaries and slings poison. It reminded me to live in my truth and stick to my ideals, and to value the kind and compassionate people in my life.

By the way, the event that we had previously planned together? I ROCKED it without her. Best event in the history of the organization, both as a social function and as a fundraiser. And no behind-the-scenes drama.

I'm a forty-year-old idealist, artist, mother of three children, and member of a long line of dysfunctional families headed by a narcissistic parent and an enabling spouse. My goal is to do my best to break the chain and create a healthier future for myself, my children, and my marriage. In wading through the unfamiliar territory of separating from the tribe of my birth and learning how to build my own, more loving tribe, I have discovered the importance of people telling their stories. These are my experiences as the adult child of a narcissist (ACON). I hope you'll share yours.

Unless noted, all photographs are mine. Please give photographers and artists credit for using their work!